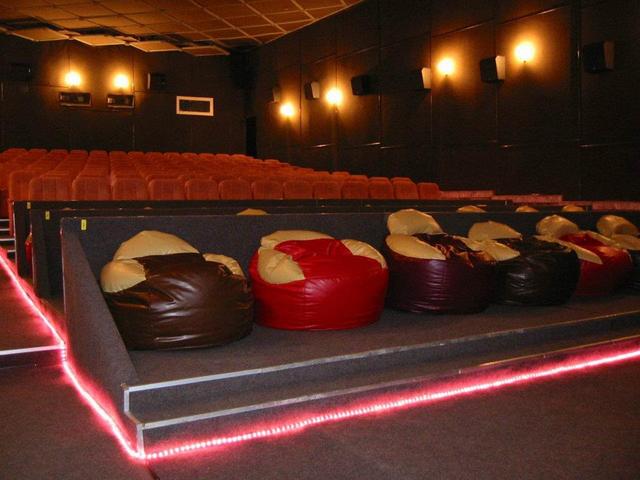 Zhovten Kino (which means October Cinema) is a film theatre, located in the historical part of Kyiv (Kiev), the capital city of Ukraine. It opened in 1931 as the Devyatoe Goskino (Ninth State Cinema). It had a seating capacity for 680. The building contained a range of entertainments available to the public: There were rooms for chess, checkers and domino games, a library and a shooting gallery in the basement. It was one of the first cinemas in the USSR to have sound equipment installed.

During the fascist occupation of Kiev (1941-1943) the cinema was still open, but it was re-named Gloria Kino. During that period of time, the cinema was seriously damaged, and the equipment and furniture were removed.

In 1943 the movie theatre received its current name - Zhovten Kino. It was rebuilt, and at that time there were 783 seats.

In 1960, a new 300-seat auditorium was constructed in the building. New films were presented to the audience every week. In the 1960’s and 1970’s the Zhovten Kino began to be a location for a range of Soviet film festivals.

In the 1980’s and 1990’s, more reconstructions were done, and the Zhovten Kino became a 5-screen cinema, with 717 seats. There is now also a popcorn bar and a café in the building.

The Zhovten Kino has been a member of the Europa Cinemas network since 2008. It is possible to buy tickets online, at the cash desk or via a ticket terminal inside the cinema.