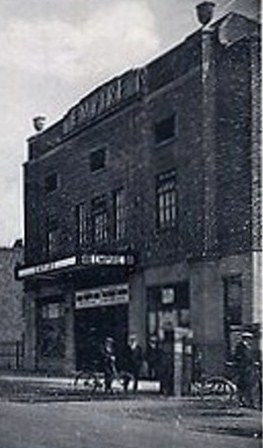 Located in the Moorends district of the small town of Thorne, to the north-east of Doncaster, South Yorkshire. The Empire Cinema opened in 1931. It is listed in the Kinematograph Yearbook, 1937 edition as being operated by Moorends Empire Ltd. part of the Thompson’s Enterprises chain. It had a 30 feet wide proscenium.

The Empire Cinema was gutted by a fire on 27th February 1952. In the 1954 edition of KYB, it is listed as (Closed), still in the ownership of Moorends Empire Ltd. It possibly never reopened, but repairs were carried out and it became a church hall.

It has since been demolished and the Hedgerow Childrens Centre now stands on the site.