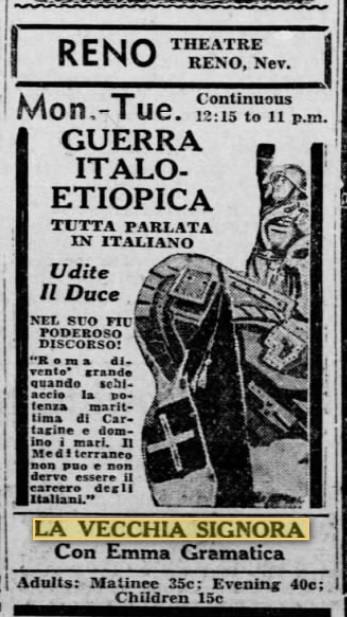 Sol Lachman originally opened the Reno Theatre on February 27, 1926, and operated it until November of 1939. In May of 1939, the Nevada State Journal reported that T&D Jr. Enterprises had leased the building from J.M. Hiskey, the building’s owner.

After a major remodeling, the 357-seat theater reopened on August 23, 1940, with a new floor, a new projection system, and a modernistic tile front and marquee.

On January 31, 1949, the Reno Theatre ad read: “Special Notice. The Reno Theatre wishes to announce that we are closing the theatre with our last showing tonight…” From available information, it appears to have never reopened again.