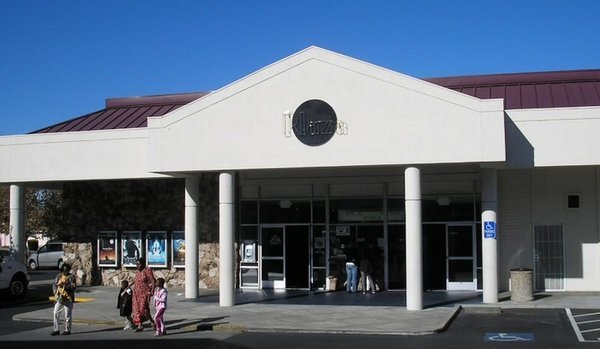 Located in the Plaza shopping center and opened in the late-1960’s, the Plaza Twin cinema was actually two single screen cinemas which faced each other. Each was twinned in the 1970’s and the result was 4 auditoriums (or two twin cinemas depending on how you want to look at it.)

In the late-1990’s both twin cinemas were renovated with new seats and larger screens. The operator, CineLux Theatres, added stadium seating in the summer of 2003 and by 2017 it was operating as a 5-screen theatre. In 2019 another 3-screens were added.

Actually, one of the two original auditorium buildings made it into the early 1990s as a single screen. It was then twinned, with FXC Communications—a company run by (the late) John Bondi—a former Fox West Coast executive—doing the work and equipping the venue. Ever the showman, John insisted that both new screens be equipped with plush, red waterfall curtains.

Currently, there are 5 screens at the theater.

Cinelux recently underwent a remodel to up the screen count to 8, which it sorely needed.