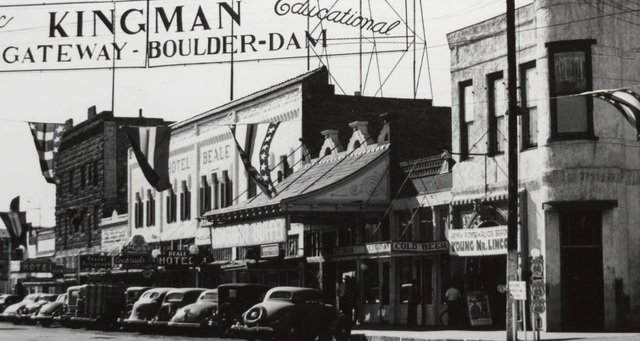 Henry E. Lang opened Lang’s Theatre in the Lovin & Withers Building on Kingman’s Front Street (since renamed Andy Devine Avenue) in 1917. Lang had previously managed a theatre in the local Elks' Lodge, where movies had been shown at least as early as 1907.

Lang made gradual improvements to his new theatre. The local newspaper reported on the new lobby and entrance that was built in 1920, featuring an arch “…finished in a white marble effect….” with gold trim, 70 electric lights, and display cases. A new cooling and heating system was installed at the same time, the total cost for the project exceeding $3,000.

In 1921, the paper reported that, on a trip to Denver, Lang had seen several theatres with Wurlitzer Orchestrions, and he stated his intention to install one in his theatre.

In its early years, Lang’s Theatre presented a wide range of movies for Kingman audiences, usually changing the program daily, though some special features were shown for two days. The theatre continued in operation until Phoenix exhibitor Harry Nace opened the State Theatre in 1939. The space occupied by Lang’s Theatre reverted to retail use until the building was demolished in the 1950’s.

Lang’s Theatre had probably been closed for about four years when this 1943 photo was made, but the arched entrance that Henry Lang had built in 1920 was still intact.