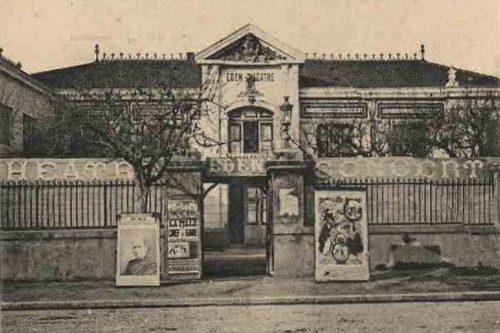 Located in La Ciotat, to the east of Marseille in the south of France. The Eden Theatre opened as a cinema on 21st March 1899, and is said to be the world’s oldest cinema. Seating is provided in orchestra & balcony levels. It first presented films from the Lumiere Brothers in 1896 when they screened their first motion picture “L'Arrivee d'un train en garre de la Ciotat” (Arrival of a train at La Ciotat station). The Eden Theatre was closed in 1995 and fell into a state of disrepair.

In 2005, the Eden Theatre began a careful restoration through $4.5 million in funds donated by the French Government and the European Union. It re-opened on 9th October 2013.