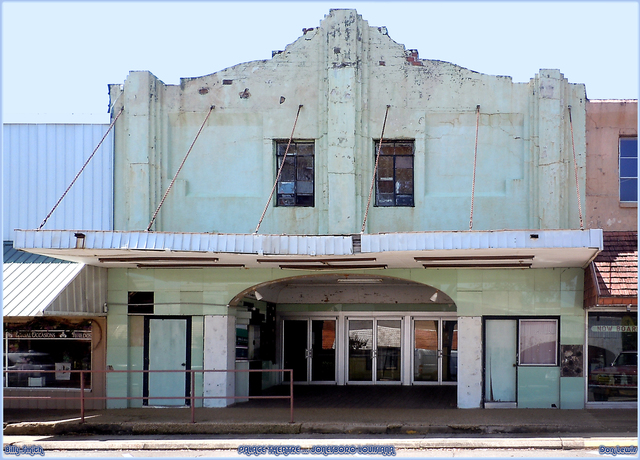 The Palace Theatre was open in the early-1930’s. It could accomodate 700 patrons. The theatre is done in a Spanish Colonial style. It is listed on the National Register of Historical Buildings as of 2008 Reg.#08000731. It was operated as a movie theatre until the early-1990’s.

Its most current use is as a church.