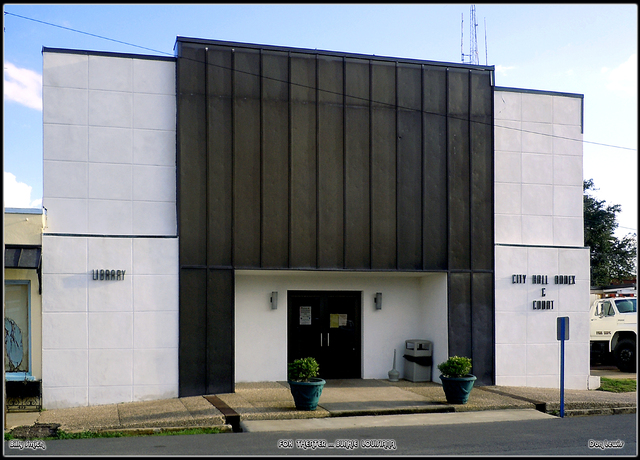 The Fox Theatre was open in 1945 and could accomodate 300 patrons. It was operated by Fox Enterprises the same as the Bailey Theatre across the street. The Fox Theatre closed in the early-1960’s.

The building has been remodeled and now houses the City Hall Annex and the Library but no mistaken it was formerly a movie theatre.