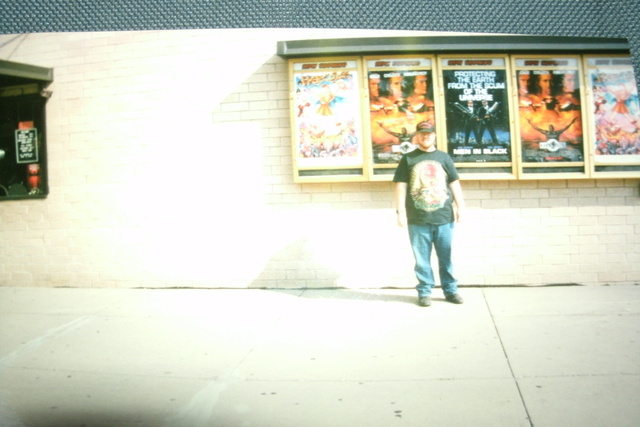 Any additional information on the Crossroads Cinema 6 would be appreciated.

Chuck, Crossroads Cinema 3 opened in 1983 when Crossroads mall opened, then it was converted to Cinema 6 in early 1986. It was not closed until summer of 2008 after a run as a dollar house.

Hello Stephen, As far as I know Curtis McCall, the president of Marquee Cinemas, still ran the Cinema 6 even when it was a discount house. All the employees wore Galleria uniforms. I miss this theatre, though a little out dated, it was still nice. Spent many weekends there as a kid growing up in the 80’s. The first movie I saw there was Rocky IV and it was standing room only, it was oversold and patrons were literally standing in the aisles! It was under construction at the time. In ‘85 it had 3 fairly large viewing areas, in early '86 the 3 new additions were completed, 1 gigantic new auditorium and 2 very small postage stamp sized areas! Movies that had been playing for weeks or didn’t stand much of a chance at the box office were shown in the 2 very small auditoriums. My mother and father would drop me off at the Cinema 6 for 2 hours while I watched a movie and they shopped. Those were the days! I remember seeing “Aliens” in the summer of '86 on a Saturday and was so fascinated by it, went right back Sunday again! They were very lenient at the time on who they let in to view “R” rated movies, I was barely 15 at the time and could go see anything I wanted! My cousin was with me one time when “Fatal Attraction” was being shown, and the ticket girl asked him how old he was, he told her 12! Needless to say she sold him a ticket! I had meant to submit this theatre for a couple months as it was always one of my favorites growing up, but due to finding time Chuck beat me to it lol!

I was by the old Cinema 6 this past weekend, it is now a Social Security Administration building.