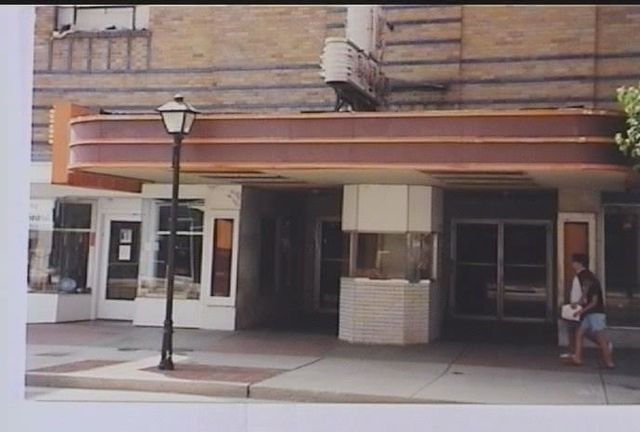 An inventory of historic buildings in Beckley prepared for the NRHP in 1994 gives the address of the Beckley Theatre as 411-417 W. Neville Street. It was built in 1935, and was designed by the Huntington, West Virginia, architectural firm Meanor & Handloser.

The Arcadia Publishing Company book Beckley, by Fran Klaus, says that the Beckley Theatre closed in 1982, and was demolished in 1997. The site is now part of a parking lot.

The 1921 edition of Julius Cahn’s guide lists a Beckley Theatre in Beckley, so this house must have been at least the second to have the name.

I grew up in Beckley when this theater was still operating. We moved there in 1977 and the first movie I saw here was STAR WARS. Even then it was a decrepit theater falling apart. We used to joke about what bad shape it was in. I wish I had paid more attention to the details so I could have appreciated more about what it must have been like in its heyday. In the early 80s it showed a lot of horror films, which I always saw. The last thing I saw here was in 1982 when it was running a double feature of AN OFFICER AND A GENTLEMAN and FLASHDANCE. I paid once and stayed all day, sitting through both films a couple of times. That’s a fond memory. It was always poorly attended in those last days. Too bad.