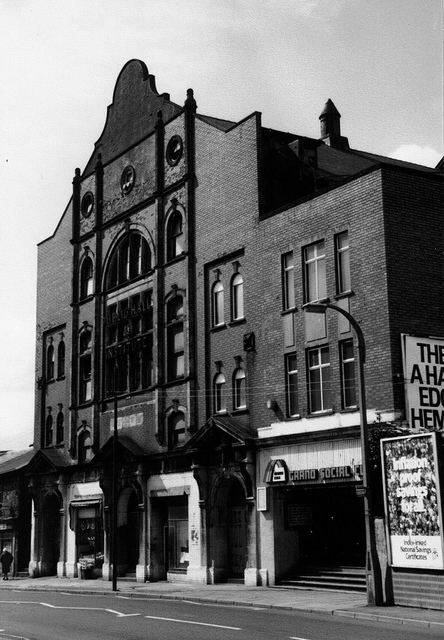 Located in Aberaman, a district to the south of Aberdare in the Rhondda Valley, Glamorgan. The Grand Theatre was built as live theatre in 1908, and the building also included Aberamen Public Hall, a Free Library and Public Hall. It was licenced to screen films in 1909. It was soon afterwards taken over by Messrs C. & J.W. Poole and was re-named Picture Palace, offering pictures and variety by 1912 and into 1913. By 1919 it had become a full time cinema. The building had a 40 feet wide proscenium, a 20 feet deep stage and four dressing rooms.

By 1929, it had reverted back to the name Grand Theatre (still a cinema). It was equipped with a British Thompson Houston(BTH) sound system in around 1929 (by 1937 it had an RCA sound system).

Photo of the former Grand, operating as a bingo hall in 1984 (approx) here:–