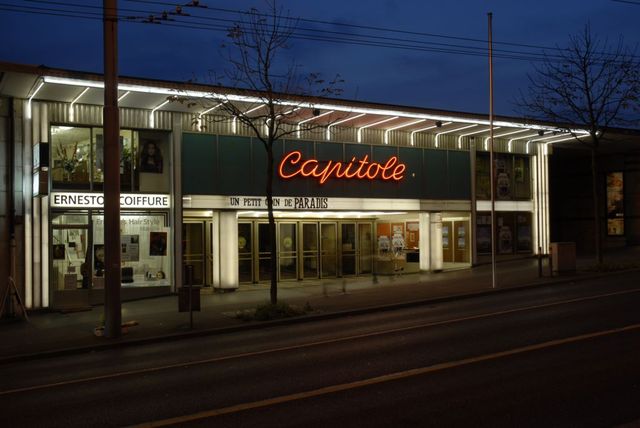 The historic Capitole was opened on 29th November 1928. It is currently the largest single screen cinema operating in Switzerland. The original seating capacity was 1,077, with 802 in the orchestra and 275 in the balcony.

In 2010 it was acquired by the City of Lausanne, and was given to the Cinematheque to use for their programming.

Lived in Lausanne in the early 80s…this was a great showplace with mostly Paramount/Universal/MGM programming…the old CIC later UIP circuit…The theatre was run by a distinguished older lady Lucienne Schegg about whome the documentary La Petite Dame du Capitole was made http://www.swissfilms.ch/en/information_publications/festival_search/festivaldetails/–/id_film/2146532586 Saw Reds and Victor Victoria here on long runs…What was also quite solid was that English language versions were shown Mondays and Tuesdays – you could set your watch by it