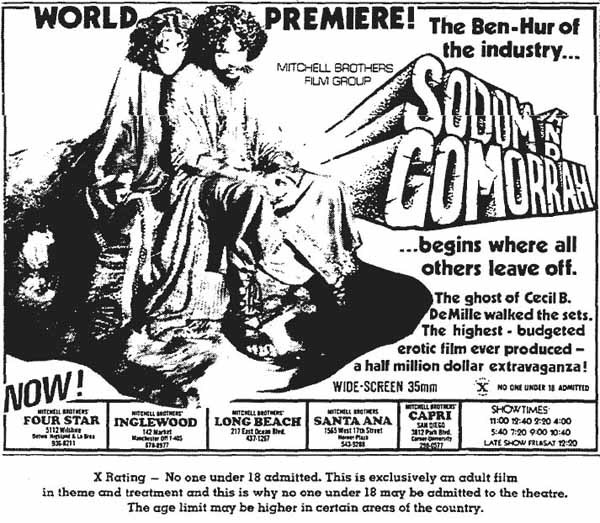 The City of Santa Ana’s efforts to close this theatre, via legal means, were such that, for 11 years, a former LAPD vice officer was paid $30 an hour to attended every movie shown at the theater; watching the films, audiotaping dialogue, and taking notes, so a judge could review the films for the 47 obscenity cases filed during that period.

In 1987, after Santa Ana finally gave up on trying to close the theatre, the city paid the Mitchell Brothers $120,000 to remove the theatre’s marquee.

United Artists Communications maintained the master lease on the theatre throughout the Mitchell Brothers occupancy; subletting to the Mitchells for fifteen years and ultimately declining to renew with them, in 1990.

UA Santa Ana was opened and managed by Bert and Nettie Naus. This was my first assistant manager job in 1967-68. We opened The Graduate and Bonnie and Clyde to spectacular business. We had 815 seats, half of which were loge. The challenge at the time was to protect the loge seating from those buying regular tickets. We finally decided to form two separate lines and let the loge in first. I know – slow learning curve. Our projectionist was Dennis O'Dell. Kindly Nettie (maybe 5' tall with her heels on) and gruff Mr. Naus really taught me how a theatre should be run. They were in their 60’s at the time and had a notable history with Metropolitan in downtown Los Angeles and with United Artists in San Francisco before UA Santa Ana. Employees at the time — Jean, John S. (who was an usher at my wedding in 1969), Bill H., and Luther W. Every Fri and Sat after closing, Bert, Nettie, Dennis, his wife Kris, and I would go to Jerry’s BBQ on 17th St for drinks, and sometimes for breakfast. The theatre was so much more than its history with Mitchell Bros. When they took over, the city of Santa Ana had the distinction of putting elderly Nettie Naus in jail on obscenity charges for selling popcorn where the porno films were screened. Bert and Nettie are gone now but their memories will live long with the hundreds of employees who had the privilege and happiness of working and learning from them. 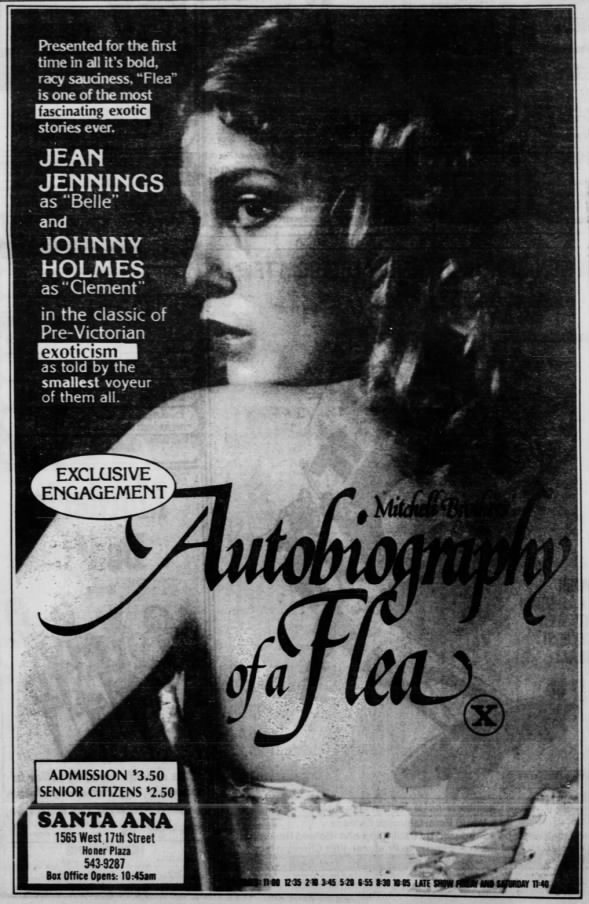 I can remember frequenting Honer Plaza throughout the late ‘70s & early '80s as a kid (my mom got her hair done there) & being fascinated with the nearby Mitchell Brothers theater & the salacious titles adorning the huge marquee. When I’d point it out in the parking lot, my mom would always say “you don’t want to go in there.” Was still open for about a year and half after I turned 18 but by that time I’d forgotten all about it. Probably for the best.