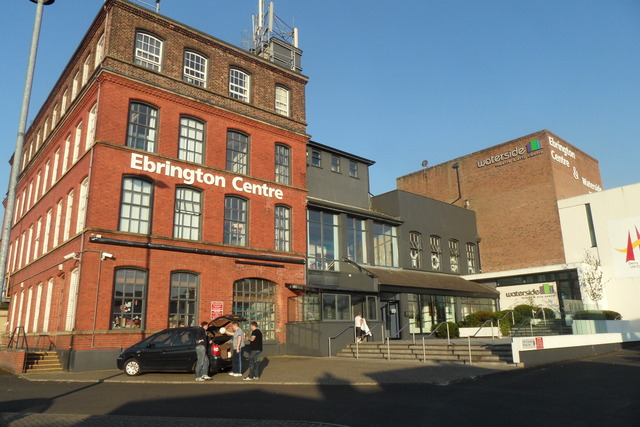 Located in the Waterside district of Londonderry, County Londonderry. The Waterside Theatre is in a conversion of an old factory now known as the Ebrington Centre. It opened on 21st December 2001 with a seating capacity for 393. It doubles as a cinema and live performance venue.