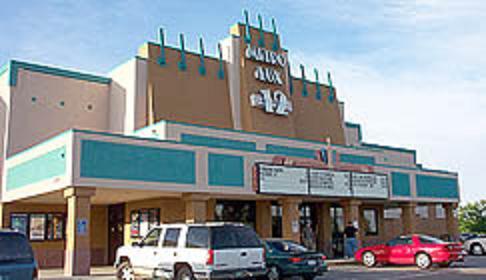 Opened on November 10, 1995, as a joint venture between Trans-Lux Theatres and Metropolitan Theatres. Closed on October 27, 2005 when the Metroplex 14 opened the following day.

The MetroLux 12 opened on November 10, 1995. MetroLux Theatres moved its operations to its new 14-screen multiplex on October 28, 2005, so the last day of operation for this house was probably the 27th. After sitting vacant for several years, the property was converted into the new home of Foundations Church in 2013.

There was once a source on the Internet attributing the design of a MetroLux Theatre in Loveland to the Baltimore architectural firm Development Design Group, but it has been removed (I believe it was on DDG’s own web site, but unfortunately I can’t find it now even on the Internet Archive’s Wayback Machine.) I originally thought that the project referred to was the MetroLux 14, but I have since found that that house was designed by another firm, so it must have been the MetroLux 12 that was designed by DDG.