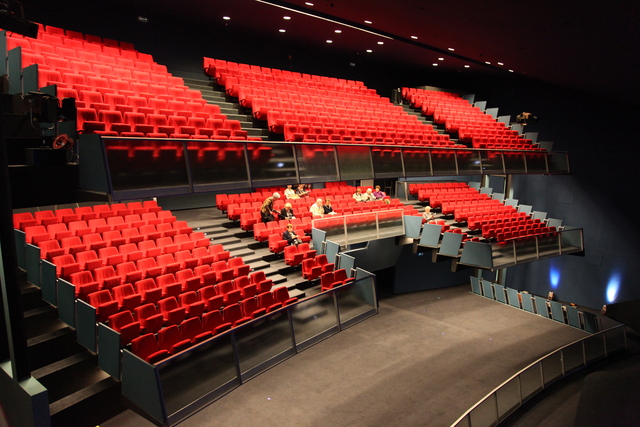 The Cinema Le Paris was opened in 1957 with 898 seats. It was designed by Geneva based architect Marc-Joseph Saugey, who also designed other cinemas in Geneva; Cinema Plaza (now closed & threatened with demolition), Cinema Star in central Geneva and Cinema Cosmos in Meyrin on the outskirts of Geneva (both demolished). The Cinema Auditorium Arditi has seating provided in a stepped mezzanine and balcony levels. It was closed as a full-time cinema in 1988.

Today it is used only for special film shows (festivals) and as a cine-club. It is a Listed building.

During a visit to Geneva I met up with Didier Zuchuat. In addition to being a cinema operator (Cine 17 and Cinerama Empire) he has a wider interest in cinemas. He told me that Cinema Auditorium Arditi started life, in 1957, as Cinema Le Paris, with 898 seats. At some stage it was renamed Le Paris Cine Disney. Later on, it was renamed Cine Manhattan. That closed in 1988. The current building is named after its benefactor, writer and lecturer Metin Arditi (through his Arditi Foundation).