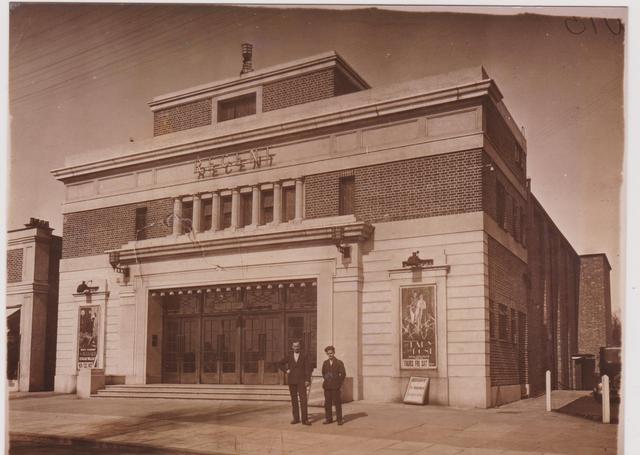 Located in Amersham, Buckinghamshire, a town at the terminus of London Underground’s Metropolitan Line. The Regent Cinema was opened on 3rd December 1928 with Sir Harry Lauder in “The Hunting Tower”. It was built for an independent operator, but was soon taken over by the Shipman & King circuit. It had a 30 feet deep stage, which was used quite regularly in the early days.

The Regent Cinema was closed on 10th March 1962 with Audrey Hepburn in “Breakfast at Tiffany’s”. Despite a local petition to save the building, it was demolished and a supermarket was built on the site, today an Iceland supermarket.