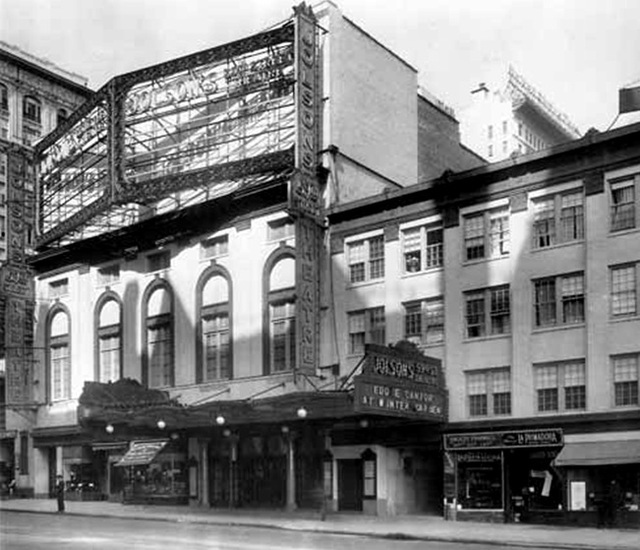 Designed by architect Herbert J. Krapp and built for the Shubert Brothers Theater Company, Jolson’s 59th Street Theatre opened on October 6, 1921. The theatre was named in honor of Al Jolson who starred in the opening live production of “Bombo”. In February of 1931, the Shubert Theatre Corporation leased the theatre to Leo Brecher for use as a movie theatre. Motion picture equipment was installed and the theatre was re-named the Central Park Theatre. The Central Park Theatre is listed in the 1932 Film Daily Yearbook with 1,800 seats.

Mighty big bucks in those days. Wonder how long the aggregate rental was for.