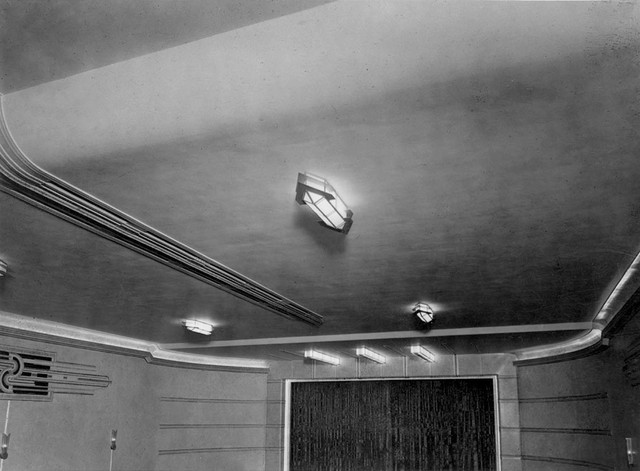 Lakemba is a suburb in the City of Canterbury, about nine miles from central Sydney. Opened in 1938 as the Royal Theatre, built by local entrepreneurs A. J. Britz and J.P. Cloonan who also owned the much larger Lakemba Magnet Theatre. It had a familiar Art Deco style with details that resemble architect Guy Crick’s Kings Theatres. The banded, curved wall treatments either side of the proscenium were identical to the Mosman New Kings Theatre.

In 1951 Greater Union bought the Royal Theatre, renamimg it Odeon Theatre. The Odeon Theatre closed in 1966 and was demolished for a shopping complex called The Palms. This was gutted by fire in 2007

A few years later Britz and Cloonan applied to build a 1,664 seat theatre on a lot at George Street and Bathurst Street in downtown Sydney. Approval was denied after objections were raised by Hoyts, Greater Union and Warner Bros. who owned the site. Britz and Cloonan lost a similar application in Wiley Park and left the theatre biz when the Magnet Theatre was demolished in 1960.