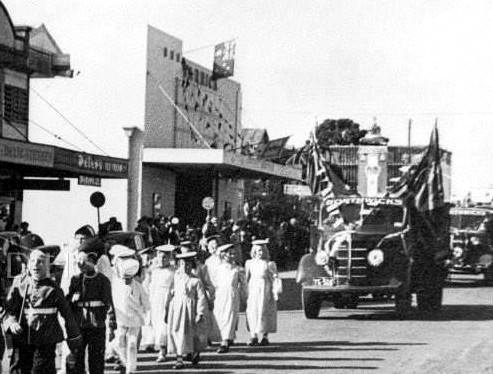 Blacktown is a sprawling suburb in Sydney’s outer west, about 21 miles from the harbour.

The Payne family built theatres in Blacktown beginning in 1922 with the small (524 seats) Rivoli Theatre on Main Street. It burned down in 1946 and from the ashes rose the Warrick Theatre, run by E.M. Payne, W.E. Payne and A.K. Payne. W.E.“Wally” Payne became a member of City Council in the late-1950’s.

The Warrick Theatre opened on March 30th, 1948 and ran until September 5th, 1964. A.K.’s son Alan Payne and wife Betty, a former employee of both theatres took over in the last few years when the other Paynes retired.