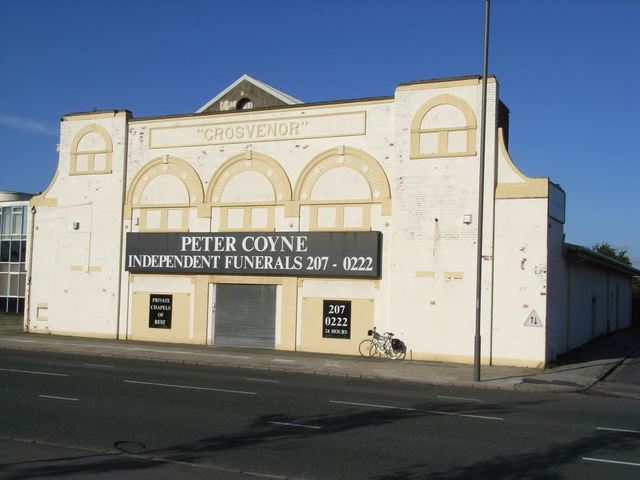 Located in the Kirkdale district in the north of Liverpool. The Grosvenor Picture Theatre was opened 14th August 1922 with Peggy Hyland in “Persuasive Peggy”. Seating was provided on a stadium plan, with a raised stepped section at the rear instead of an over-hanging balcony. It was operated by the Liverpool based W. Gordon circuit.

The Grosvenor Picture House was closed on 31st August 1963 with Kerwin Matthews in “Warrior Empress” and Jack Lemmon in “The Wackiest Ship in the Army”. It became a Top Flight Bingo Club for many years. In 1995 in was taken over by Coyn Brothers Funeral Directors, who operate several other former suburban Liverpool cinemas.