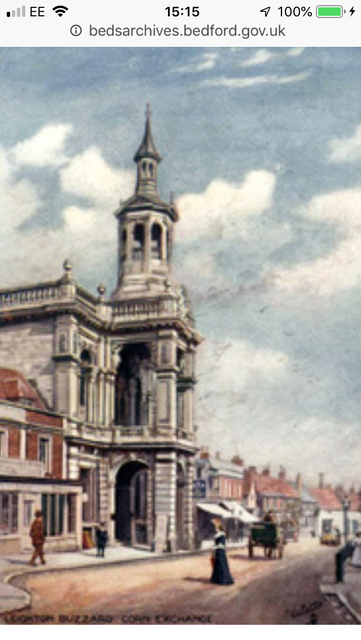 Located in Leighton Buzzard, Bedfordshire. The Corn Exchange was an imposing building, built in 1862. It had two room, an upper and a lower. It was in the lower room that various entertainments were held. The upper room was used for police courts and civic uses.

Live theatre events were the mainstay of the Corn Exchange until 1922, when it was leased out as a cinema, but with some live theatre use as well.

In 1930 it was taken over by the Shipman & King circuit, and they continued to operate it until at least 1937.

The building was demolished in 1966.