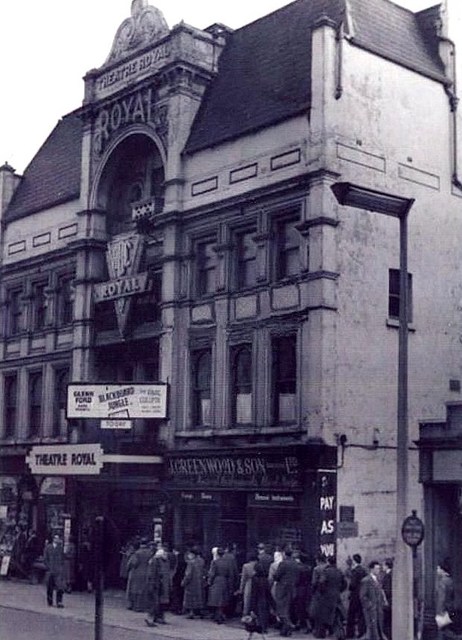 Located in Preston Lancashire. The original Theatre Royal was opened in 1802. It was rebuilt in 1870 with seating provided for 2,300. Converted in 1898/1899 into a music hall, seating was provided for 1,700. It held a Cinematograph Licence from 1910, by June 1911 films were being screened as part of the programme. By 1916 it was operating as a full time cinema. Operating as an independent cinema, the Theatre Royal was closed in 1928.

The Theatre Royal was sold to the Associated British Cinemas(ABC) chain, and they made alterations to the building, which included the installation of a Christie 2Manual/6Ranks organ, with the console on a lift in the orchestra pit. The Theatre Royal re-opened in November 1929 with H.B. Warner in “Sorrell and Son”. It was equipped with a Western Electric sound system.

ABC closed the Theatre Royal on 3rd December 1955 and it was demolished. They built their new ABC cinema on the site, which opened on 14th March 1959.