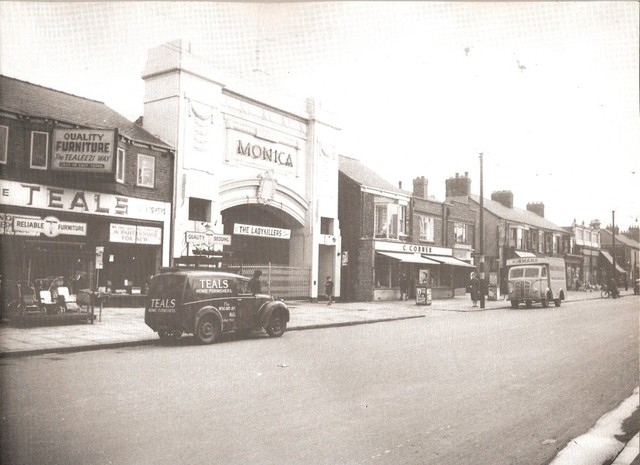 Located in the north of Hull. The Monica Picture House was opened on 26th November 1914. Around 1929 it was equipped with a Western Electric(WE) sound system.

In the mid-1950’s it was equipped with CinemaScope, and the proscenium was widened to 31 feet. The Monica Picture House was closed in October 1960. It was converted into The Piper Club, which still operates today and is popular with the many young students who live in the area. The original white stone façade has now been replaced with a modern façade and the former foyer is now an open courtyard which leased to the entrance of the auditorium.