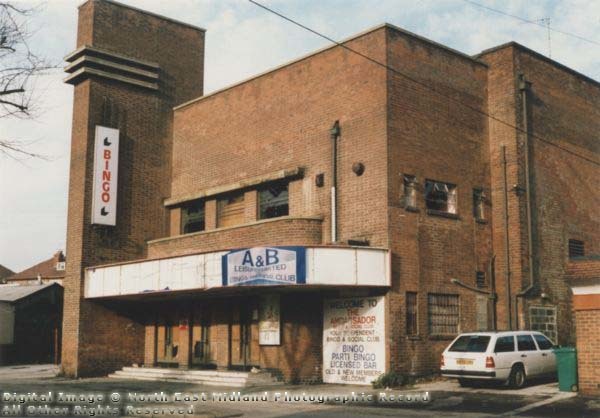 Located in the Daybrook district to the east of Nottingham. The Roxy Cinema was opened on 15th February 1937 with Garry Cooper in “Mr Deeds Goes to Town”. It was the fourth cinema to be designed for the Nottingham based S. Graham Circuit by architect Reginald W.G. Cooper. The façade of the building had a slender tower feature on the left hand side. Seating was provided in stalls and circle levels. It was equipped with a British Thomson-Houston(BTH) sound system.

It re-opened as a bingo club on 9th November 1960. This operated for many years, but had closed by mid-1995, when the building was demolished. A block of flats named Valley Court now stands on the site.