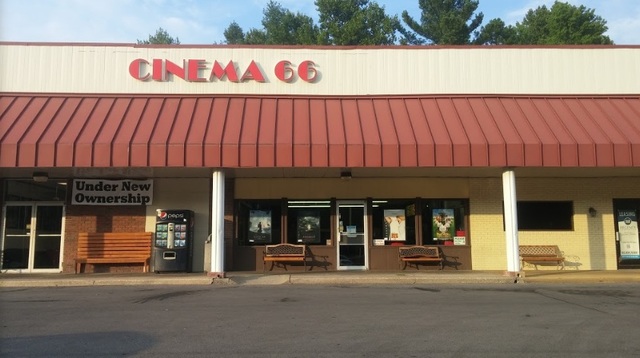 Initially operated by Cinemark as the Tell City Twin Cinema. It opened by 1978. Now the four screen cinema is independently operated.

This house has been renamed Cinema 66, and has a new web site. The old web site is still up, but has become some sort of movie-related link farm.

An old Buzzfile listing has a Tell City Twin Cinemas located in the Highway 66 Plaza shopping center, so that must have been the name of this house before it was quaded. It was in operation by 1991, and probably earlier. This line from an article by Tell City native Scott Saalman probably refers to this former twin: “Opened in 1948, my beloved Swiss Theater never had a chance once the 1978 movie ‘Superman' flew across the twin screens of a newly opened cinema.”

That suggests a likely opening year of 1978 for this house, and a likely closing of the Swiss Theatre not long after.