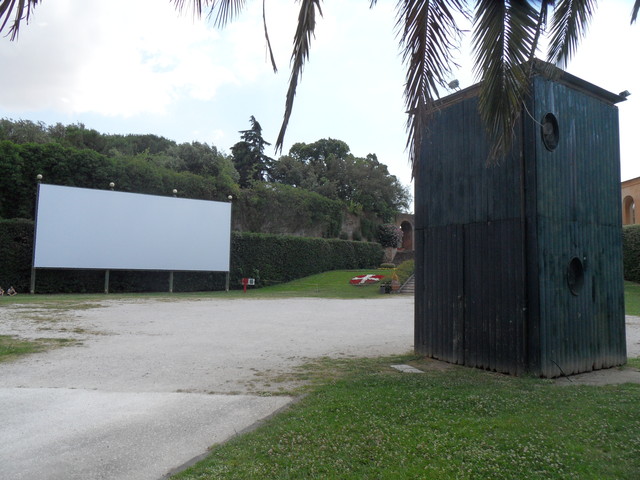 During the summer closure of the Cinema Arsenale, films are shown in the open air in Giordino Scotto, a public garden name Giardino Scotto, adjacent to the River Arno. This was built at the centre of the ramparts of the fortification of the Cittadella Nouvo in the early-19th Century by Giovanni Caluri for Livornese shipowner Domenico Scotto.

The screen frame, corrugated iron projection box and concession stand are permanent installations. On my visit, on 18th June 2014, the screen had been laced into the frame, ready for the new season of films to start on Friday 20th June. Photographs at the Cinema Arsenale show rows of seats, so presumably these are brought in for each show.