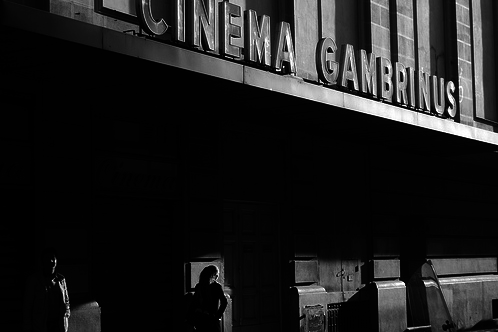 Originally built in 1894 as the Gambrinus Halle, used as a café/bar. It was converted into the Cinema Grambinus in 1922 to the plans of architects A. Muggia and F. Poggi.

The cinema was damaged by a fire and was renovated to the plans of architects Miniati & Bencini in 1950. The Cinema Gambrinus was still open in 2010. It has since closed and has been converted into a Hard Rock Café restaurant.