The Los Angeles Times December 1, 1920, bulldog edition reported that the Grand Theater was totally destroyed by fire at 5 o’clock that afternoon. The $9,000 blaze was started by a short circuit in the projector and owner Joe Wilson sustained a small burn on his hand. The audience left the theater in an orderly manner and no one was injured.

There is no evidence that the theater was rebuilt. The Sanborn Insurance Maps of 1920 placed the Grand Theater on the northeast corner of W. Main Street and N. Lincoln Street, but it was gone on later maps. 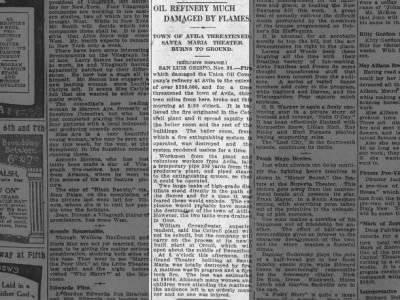