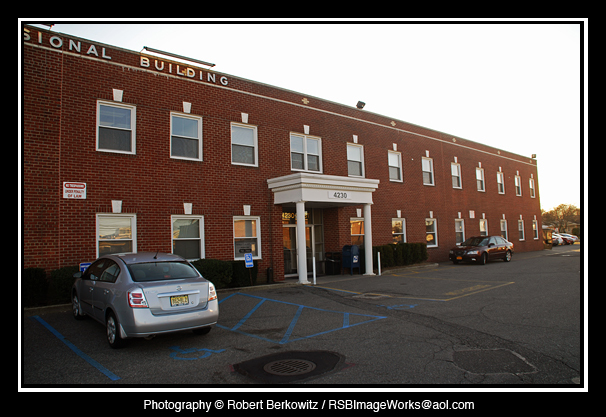 Originally opened on November 16, 1960 as a first run theatre by Associated Independent Theatres Inc. It later went to second run. It was then operated by the same owners of the nearby Mid Island Theatre. When they triplexed that theatre, they closed the Bethpage Theatre.

I’m having a hard time trying to figure out just exactly where this theater was. The map certainly doesn’t help, and appears way off. What is now where the theater was?

The Bethpage was located on the South side of Hempstead Turnpike west of the Seaford Oyster Bay. There is now a cojoined building there which is a medical professional center. The portion on the left was the old theatre. The next time I’m in the area I’ll look up the address and put it on CT so the street view will be correct.

Wow…now I know just where it was…I’ve lived in this general area my whole life and I never realized there was a theater on that spot! Any idea on the time window it opened & closed? The next time I pass by there, I’ll stop and take a picture and post it here.

It was there when I moved to Farmingdale in 1967. I think it made it into the early nineties.

Correction to my 12/26 posting. The old theatre was as the right of the Medical/Professional Building. At the far right you can see the jutting part of the building which housed the AC. Although the facade facing Hempstead Turnpike is flat, you can see the typical “ribbing” on the back wall. The building extension, to the east, does not have the “ribbing”.

Thanks, Rob…I’m gonna try to ride past there tomorrow to take a picture to post & get the correct address. I still can’t believe I can’t remember there being a movie theater there!

In the street view photo, the right hand portion of the building in the rear, that with the squared entrance portico, is the former Bethpage. That is exactly where the entrance to the theatre was. Hopefully when RSB takes some pictures they’ll include the vertical ribbing in the rear and the jutting section which housed the AC. The new facade they put on the building when they added the extension to the left and added windows totally obliterates any “theatre” look. Even in the day, there was no marquee, only a pylon.

I SAW A HAND FULL OF MOVIES THERE,“HAROLD and MAUD”,“UP THE SAND BOX,"M.A.S.H"and"THE GODFATHER”.I BOUGHT SOME OLD MOVIE POSTERS THEY WERE SELLING FOR $1.00 each"THE SAND PEBBLES",“WHERE EAGLES DARE"and A JAMES BOND DOUBLE FEATURE POSTER. I SHOULD HAVE BOUGHT ALL THEY HAD.