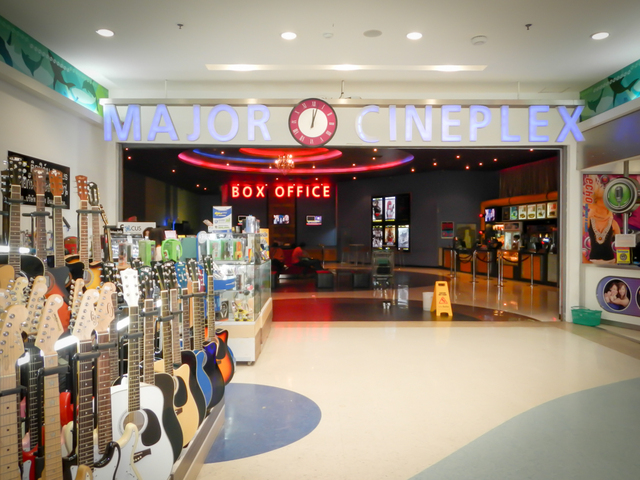 In the town of Krabi, situated on the west coast of southern Thailand, at the mouth of the Krabi River, the Major Cineplex opened in December 2007. It is on the second floor of a Tesco Lotus hypermarket. The photographs were taken by a friend while on holiday in September 2014.