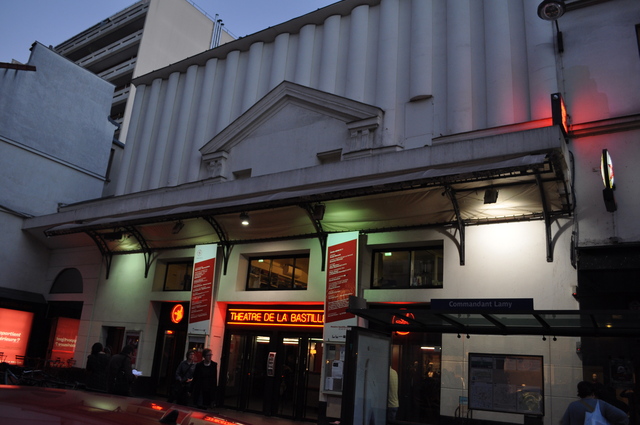 Located near the Bastille in the north-east of the city centre. The Cyrano was opened as a cinema on 20th December 1912 by Lucien Colomies. It was later renamed Cyrano Roquette and was closed in 1969.

It was converted into a twin live theatre by dividing the balcony from the orchestra levels, and is known as the Theatre de la Bastille.