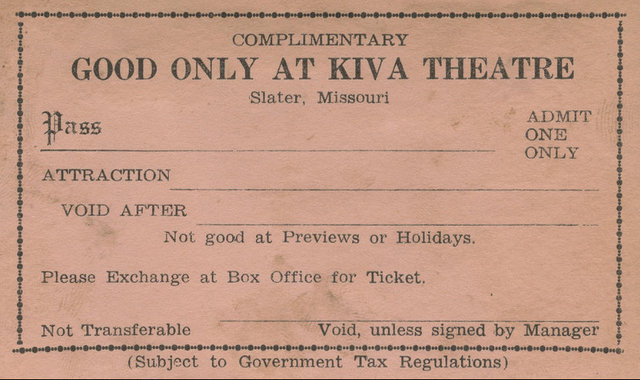 Movies were being shown in the Auditorium in the 1920’s. By 1931 the Auditorium had been renamed the Dickinson Theatre and at that time it was being operated by Dickinson Theatres out of Mission, KA. In 1940 it was known as the Kiva Theatre, operated by H.J. Griffith Theaters Inc. chain. The Kiva Theatre went through a remodel in 1949 with seating reduced from 700 to 596. The theatre was still listed as open in the late-1950’s. It has since been demolished.

Slater, MO was the childhood home of Steve McQueen.