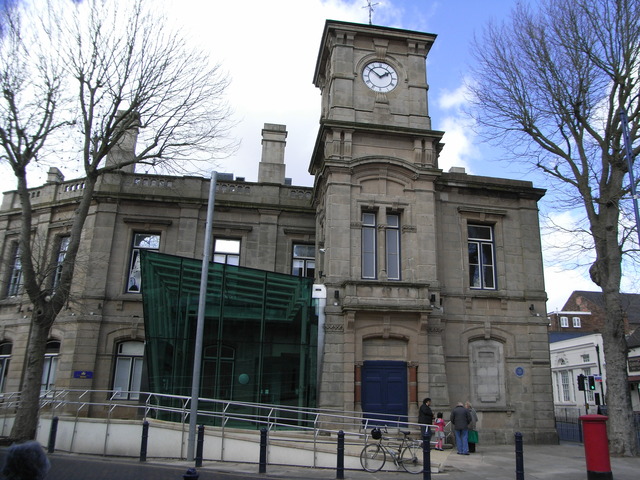 Located in Bilston, near Wolverhampton on the corner of Lichfield Street and Church Street. The Town Hall was built in 1872. The large ballroom upstairs on the first floor was used by Joseph Wood to present film shows from 1910. It advertised itself as Wood’s Palace. Film continued until 1921, when the new Wood’s Palace (later Odeon) opened across the road on Lichfield Street.

In recent years, Bilston Town Hall has been renovated and now operates as a dance hall, banquet hall, theatre and occasional cinema. It is equipped with a Compton 2Manual/5Ranks organ (with illuminated console) which was originally installed in the Lyric Cinema (ABC), Wellingborough, Northamptonshire in 1936.