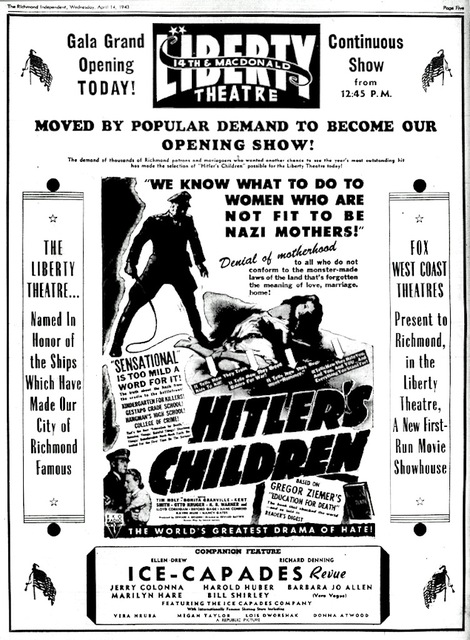 When the war ended and no more Liberty Ships were needed the Kaiser Shipyards closed. It was inevitable that some of the new movie theaters built to serve Richmond’s expanding wartime population would be closing. The Liberty Theatre hung on for a few more years but became the first official movie theatre casualty of the economy downturn and closed permanently in the spring of 1949. It was later demolished.