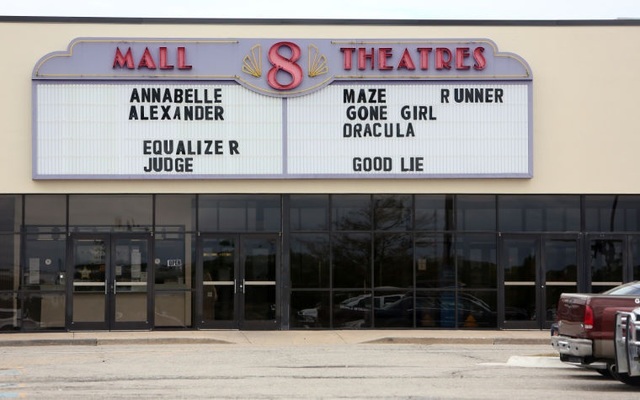 The Hutchinson News reported on October 13, 2014, that B&B Theatres had acquired Dickinson Theatres, which included 14 other theatres in seven states.

The Mall 8, a 1,800-seat theatre, part of the acquisition, originally opened on May 18, 1995 and was developed by Dick Durwood’s Crown Cinema Corp. In September of 1996, the Mall 8 was sold to Hollywood Theaters. In August of 1997 Dickinson Theatres assumed management of the Mall 8, including 34 other locations, from Hollywood Theaters.

It was further noted “with the merger, B&B, a family-owned and operated company founded in 1924, became the ninth largest theater chain in America, according to the company, with 50 locations and 408 screens across Arkansas, Arizona, Florida, Kansas, Missouri, Nebraska, Oklahoma and Texas".

B&B Theatres has many improvements in mind for Hutchinson, which include larger screens and leather recliners". These improvements were carried out in 2016 and it reopened March 17, 2016 with a reduced seating capacity of 680.