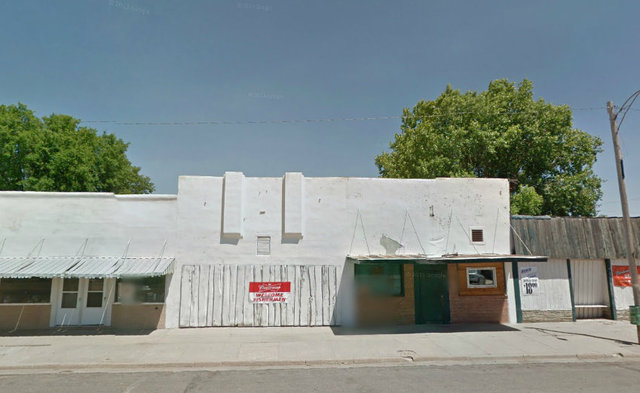 This theatre opened as the Gem Theatre in 1923. By 1950 it had been renamed the Roxy Theatre. The theatre seated 258 and was still operaating in the mid-1970’s. There was a fire that left just the shell and front of the building after it closed.

A Gem Theatre was in operation at Trenton, Nebraska, at least as early as 1923. Manager E. J. Walters had three capsule movie reviews published in Exhibitors Herald in September that year.

An article by Dick Hellner published in February 1970 (source not provided) and republished in the October 2017 “Hitchcock County Historical Newsletter” (Vol. 10, No. 4) cites an article in the “Trenton Republican Leader” of February 15, 1935 stating “that the building was better known as the Gem Theatre building,“ which was according to the Hellner article torn down in 1970.