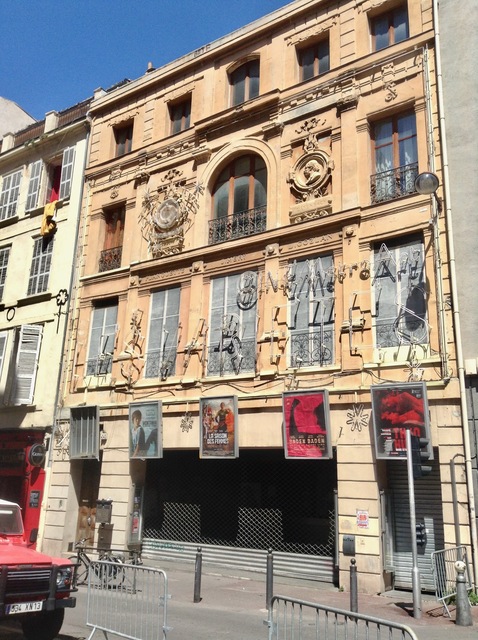 Originally a theatre built and opened as a concert-café in 1856. Renovations were carried out in 1878 to the plans of architect Joseph Letz and it was re-named Folies Marseillaises. On8th October 1887 it was re-named Theatre des Varietes.

From 1937 it became a full-time cinema. For many years it operated as an adult cinema screening pornographic films. It was renovated in 1998 and has been converted into five screens (by 2020 seven screens). Films are presented in their original language versions, with French sub-titles for foreign films.

The building was opened in 1856 as a ‘concert-café’ and in 1878 after work by architect Joseph Letz, it took the name Folies Marseillaises then, on October 8, 1887, Théâtre des Variétés. It continued as a live theatre venue up to 1937 when it became a full-time cinema.

The full history is on the website at: https://salles-cinema.com/provence-alpes-cote-d-azur/les-varietes-marseille

In December 2016, Jean Mizrahi, at the head of Ymagis, took over the two Marseille cinemas, Les Variétés and Le César and restored the ‘Art and Essai’ status for what is now a 7 screen Variétés with a total of 609 seats.