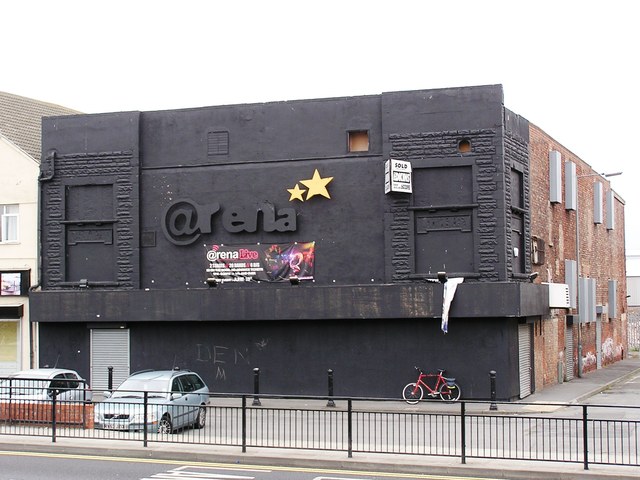 The Pavilion Theatre was opened around July 1913 presenting drama & comedy plays. It had a 22 feet wide proscenium. It was converted into a cinema in March 1914, and was re-named Pavilion Picture House. It was operated by Thomas Thompson. In March 1928 it was sold to Denman Picture Houses Ltd./Gaumont British Theatres chain. In 1930 it was equipped with a British Acoustic(BA) sound system.

It was converted into a discotheque. It was closed in 1973 when it was damaged by a fire. The upper floor of the façade was removed. It was renovated in 1991 and re-opened as a rock concert venue. For many years it has operated as a nightclub named Arena.

Although it is stated here that the Pavilion was taken back by Thomas Thompson in 1935, it was still advertising as a Gaumont cinema well after that date. For instance in December 1940, which is the latest date that I have been able to look at for the moment, it was included in the Gaumont block advert along with the Gaumont and Hippodrome. It seems to have been the practise for the Gaumont to play the circuit release, the Hippodrome played alternative programmes, while the Pavilion played split weeks of programmes that had already been shown in Middlesbrough, rather like the Electric York.