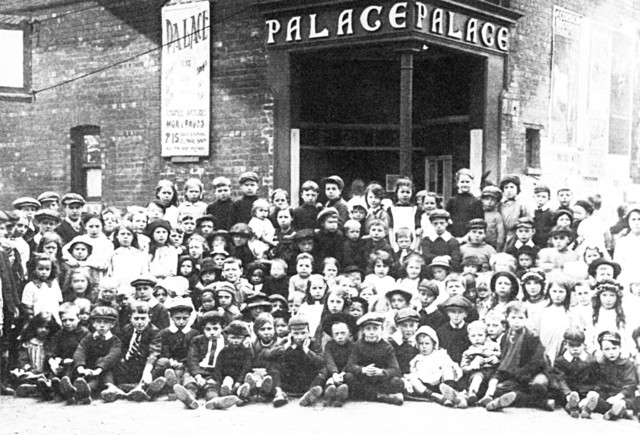 The Trinity Picture House, Belle View (1 mile southeast of the City Centre) was built for local entrepreneur Stephen Askew to the design of P.L. Treu and opened on 7th November 1914. It’s original name reflected the proximity to Wakefield Trinity’s Rugby League ground. It was nicknamed ‘The Spit’ or ‘The Spit and Whistle’ because of notices displayed either side of the screen prohibiting spitting and whistling.

It closed as the Palace Cinema on 6th September 1960. After a period as a bingo hall it became a joinery workshop. In 2004 it was acquires by Printforms Ltd, who call their premises ‘Cinema House’.