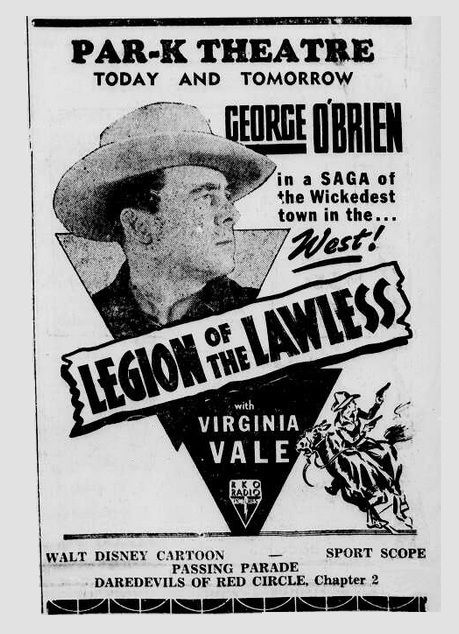 The Par-K Theatre was located adjacent to the Grand Theatre and across the street from the Grosvenor Theatre. It had opened by 1926. It was still operating in 1950.

As Somerset no longer uses one and two-digit addresses, the Park Theatre was probably at modern 107 E. Main, although there’s no guarantee that the last digits of new addresses would match up perfectly with the old addresses. This is one of the places we could really use a Sanborn map, or at least some old photos.

I found the Park Theatre at Somerset mentioned in the September 23, 1932, issue of The Bedford Gazette from Bedford, Pennsylvania.

The correct name of this house was the Par-K Theatre. According to this web page, the Somerset Theatre Corporation was incorporated on January 1, 1935, and its address was given as the Par-K Theatre, 119 E. Main Street, Somerset.

According to an article in the March 12, 1938, issue of The Record-Argus of Greenville, Pennsylvania, the Blatt Brothers bought the Par-K Theatre from C. B. Pascoe in 1928. The Somerset Theatre Corporation was most likely a subsidiary formed to manage Blatt Brothers holdings in Somerset, where the circuit also operated the Grand Theatre and, later, the Governor Theatre, opened in 1938.

I just read the comment above mine… 119 E Main makes sense.