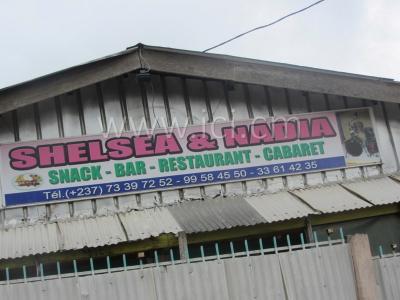 In the district Deido of Douala, there is a street named Rue de la Joie, very animated especially at night with night clubs and casinos. There was a cinema named Cinema Rio which closed prior 2000. Since then it became a warehouse