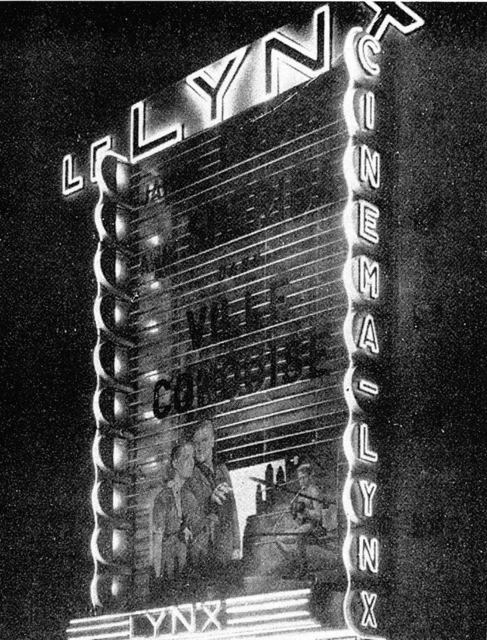 Located in the Montmartre district in the north of central Paris. The American Theatre was opened on 24th May 1909 as a café/restaurant/music hall. In September 1910 it was altered and re-opened as a cinema. In June 1913 a balcony was added to the plans of architect Marcel Oudin and the seating capacity was now 1,036, with 650 in the orchestra and 386 in the balcony. It was later re-named American Cinema and was still operating under this name in 1946. Later re-named Cinema Lynx it was closed in 1970.

The building has been demolished and Love Store an adult supermarket now operates on the site.