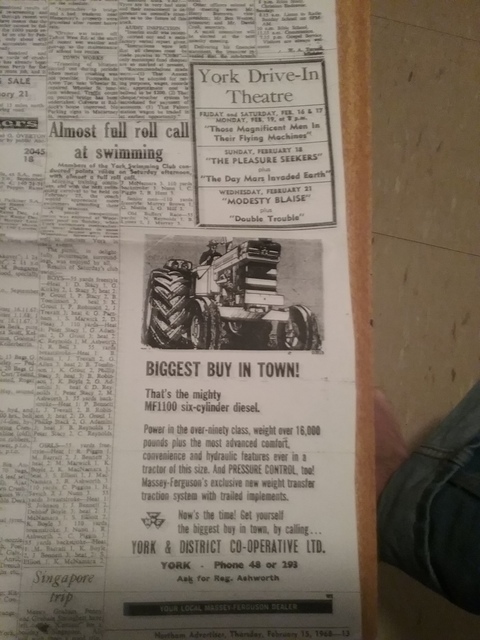 The York Drive-In opened on 16th February 1968 with “Those Magnificent Men In Their Flying Machines”. It was located on Wheeler Street near the corner of Avon Terrace. It was operated by T. Rainch. The drive-in closed (late-1970’s?).

The drive-in site is still there, the entrance road(and exit road)and ticket booth(Wheeler Street side), and bio-box(projector room)/(and snack bar?)and screen frame(fallen over, forwards), are still visible from the back on Bland Street, and fence all around the property, and (the ramps Overgrown?). It appears unused since closure.

A capacity of less than one hundred cars

The drive-in theatre at York had a capacity of less than one hundred cars, and opened on Fri 16 February 1968 with “Those Magnificent Men In Their Flying Machines”. The original Exhibitor was Ted Rainch. It was later taken over by J.H.Rogers. The area was one of the earliest to receive television (both from Perth and local), so the drive-in became one of the first to close, approx sometime during the late 70’s – Contributed by Greg Lynch –