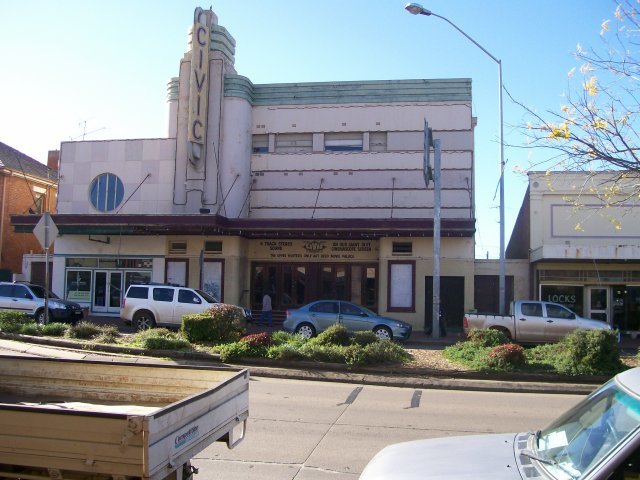 Located in the town of Scone in the Upper Hunter Valley, to the northwest of Newcastle, NSW. The Civic Theatre was built in 1937, opening on 27th July 1938 with Gene Raymond in “Stolen Heaven” & Anna Nagel in “A Bride for Henry” It was deigned in a Streamline Moderne/Art Deco style by architectural firm Crick & Furse, and is one of the only cinemas to remain by these architects in its original form. Seating is provided in orchestra and balcony levels.

On 21st February 2003 the Civic Theatre was placed on the New South Wales State Historic Register.

In July 2015 it was announced that the Civic Theatre was to be renovated and restored to its original condition. Renovation work began in August 2016.