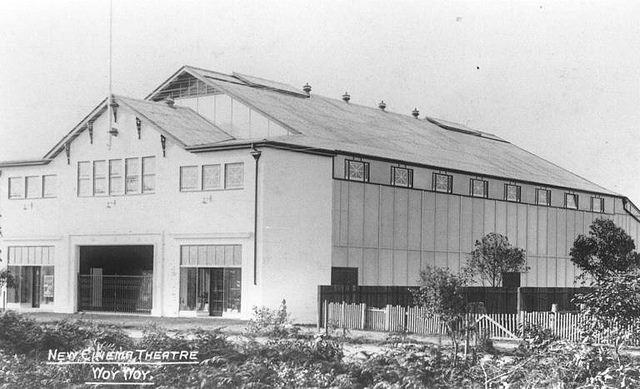 Located in Woy Woy, a town in the central coast area of New South Wales. The Woy Woy Theatre was opened on 19th May 1922 with the film “Sleepless Knight” starring Bob Hampton. It was designed by architectural firm Tate & Young who were based in Sydney. Seating was provided for 1,167 in the stalls, and provision was made to build a 300 seat balcony in the future. There was a 20ft deep stage and two dressing rooms.

The theatre was renovated in 1940 to the plans of architectural firm Crick & Furse, and the 300-seat balcony was added at this time. In 1953 it was re-named Woy Woy Cinema. The Woy Woy Cinema was closed in 1974, and was demolished to build a shopping centre.