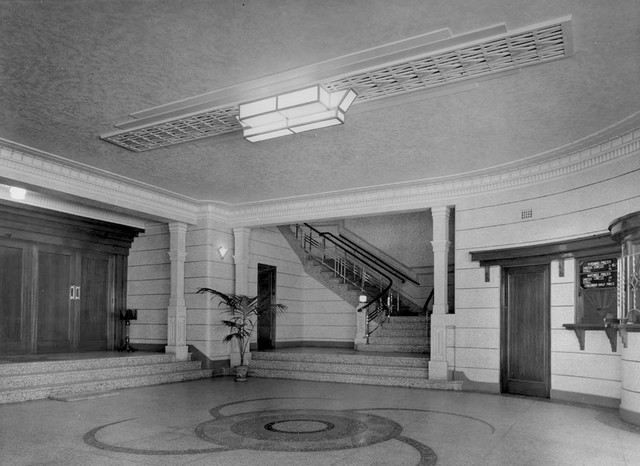 Located on the corner of Mann Street and Donnison Street. The Regal Theatre opened on 14th September 1937 with Janet Gaynor in “A Star is Born”. It was built for E.J. Brennan’s chain of Tudor Theatres. Seating was provided for 617 in the stalls and 365 in the circle. The Regal Theatre was closed on 18th December 1975 with a revival of Judy Garland in “The Wizard of Oz”. A few concerts were held in the building but it suffered a couple of arson attacks and was demolished in November 1978 . A Commonwealth Bank was built on the site.

A vintage photograph of the auditorium of the Regal Theatre, Gosford in the 1930’s:
View link