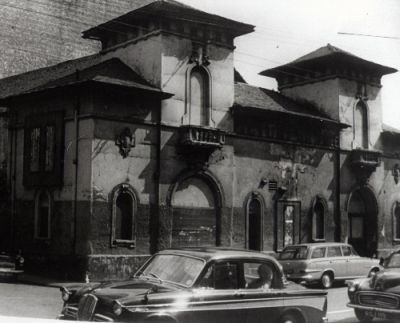 Located in the Gorbals Cross district to the south of Glasgow city centre. Green’s Picturedrome was opened in March 1911 by George Green and originally had 1,100 seats. The façade had a short square tower feature at each side. Inside the auditorium there was a 24ft wide proscenium. Around 1930 it was equipped with a Western Electric(WE) sound system.

The Picturedrome was closed in February 1958. It was demolished in 1966.