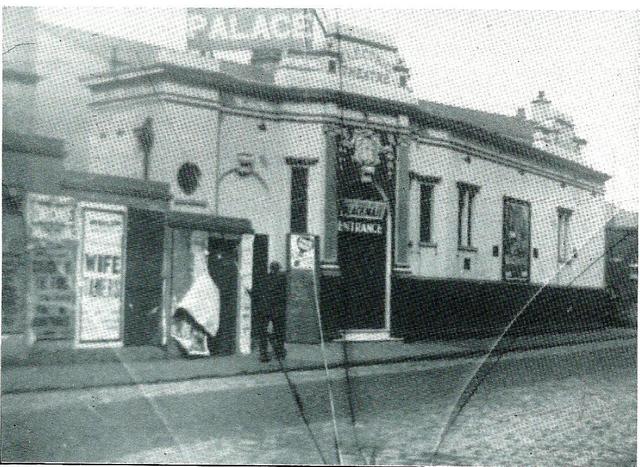 In the Birkdale district of Southport, on Mosley Road, near the junction with Upper Aughton Road, the small, purpose-built Birkdale Picture Palace opened on Saturday 10th May 1913. The first programme included short films “James Patterson, Detective”, “Woodland”, “A Bit of Blue Ribbon”, “On the Steps of the Throne” and “Making A Hero of Her”.

The roof was supported by steel stanchions, with the brick walls merely a ‘filling’. The auditorium was parallel to the road, but angled back slightly to allow space for the entrance and a small foyer.

Musical accompaniment was provided by a pianist. Apparently, when Westerns were shown, the children made so much noise that the piano could not be heard - so the pianist just sat back and watched the film!

The Birkdale Picture Palace survived into the sound era, as this caused it to close, when local residents complained about the noise coming from the building, that was not sound-proofed! Their petition was successful, and the cinema closed in 1929.

The building spent some time as a confectionery warehouse for White Hudson Ltd., then as a cycle store run by Jack Massey and his son Peter. In the 1980’s its use changed to light industrial.

When I visited, in September 2002, the building was closed up, but well maintained. However, Google Street View in June 2015 indicates it has deteriorated badly since then. In 2016 it was being renovated to be used as a photographic studio.

As of April 1st 2016,the building is still deteiorating but on the Gable end of a shop next door(on the corner)is the original advertising which has been revealed due to the removal of a long standing advertising hoarding.Look in the photos.

We own the old Birkdale Picture Palace, now known as Globe House. It has been in a poor state for a few years, it lay empty awaiting refurbishment. I am pleased to now report that works are ongoing and that many original features inside have been preserved. We believe that the building closed as a picture house in 1938 and it has been used by several businesses over the decades. Now it is getting a new lease of life as a photographic studio which will open it’s doors sometime this summer when works are completed.

Can i have a look round if its possible/suitable to please? YellowBeetle

Hi YellowBeetle, I worked in Globe House for 16 of the past 26 years. During my time there I talked to the older locals, who told me that the cinema closed its doors in 1929, it then played a part in the war as a munitions store, became a warehouse for White Hudsons toffee, then a cycle store in the late 70s before becoming the home of the Kentucky Derby from 1984-2012. I can’t wait to have a look round once renovations are complete… (BTW the ghost of the old projectionist is quite friendly ;–))