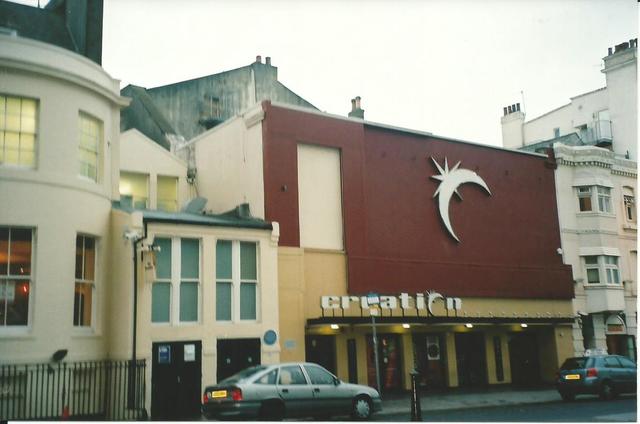 In the East Sussex coastal resort of Brighton, an early, short-lived cinema started life as the Concert Hall and Picture Palace, which opened on Thursday 25th May 1911.

The building first opened in 1892 as a long, narrow skating rink. As a concert hall and cinema, it seated nearly 2,000 with its newly added balcony. Aside from films, a speciality was military band nights.

Cinema use ceased in 1917, then resumed briefly from 1918, when it was known as the Coliseum Picture Theatre. But the building found its true vocation from 1919 to 1950 as Sherry’s Palais de Danse.

When I visited, in January 2004, the building was home to Creation nightclub. More recently, it has become The Synergy Centre, “a community arts venue designed to offer affordable creative space to any organisation working towards a positive, conscious-minded, socially inclusive and environmentally friendly society”. The two main rooms can seat 350 and 150 persons.